Cardi B files for divorce from rapper Offset

Cardi B has filed for divorce from her rapper husband Offset.

The WAP star filed court documents in Georgia on Tuesday and the documents show it is a ‘contested divorce,’ according to TMZ.

Cardi and Offset were secretly married in 2017 and share two-year-old daughter Kulture.

In her divorce filing, she ‘is seeking primary physical custody as well as legal custody’ of their little girl.

A contested divorce usually stipulates that both parties involved have not come to an agreement regarding an equal division of assets, which then requires judicial oversight.

he gossip site also reported the documents state ‘there are no prospects for a reconciliation.’

With the incredible success of her debut studio album, Invasion of Privacy, Cardi’s assumed net worth is around $24million, according to Celebrity Net Worth, while her estranged husband is listed at $26million.

Despite what appeared to be an amorous relationship on social media, his last appearance on her Instagram page was from Aug. 20 when she shared a clip from his new video, Need It.

The rapper was allegedly involved in a sex tape scandal with another woman in 2017, which she addressed on Twitter.

‘No, it’s not right for a [n****] to cheat…But what you want me to do? Cardi wrote. Go f*** me another n****? Start all over again and get cheated on again? This s*** happens to everyone and I be too, you too…People handle they relationship different soo.’

Despite the trying times, the couple reconciled in 2019 and Cardi made sure to make her relationship a top priority. 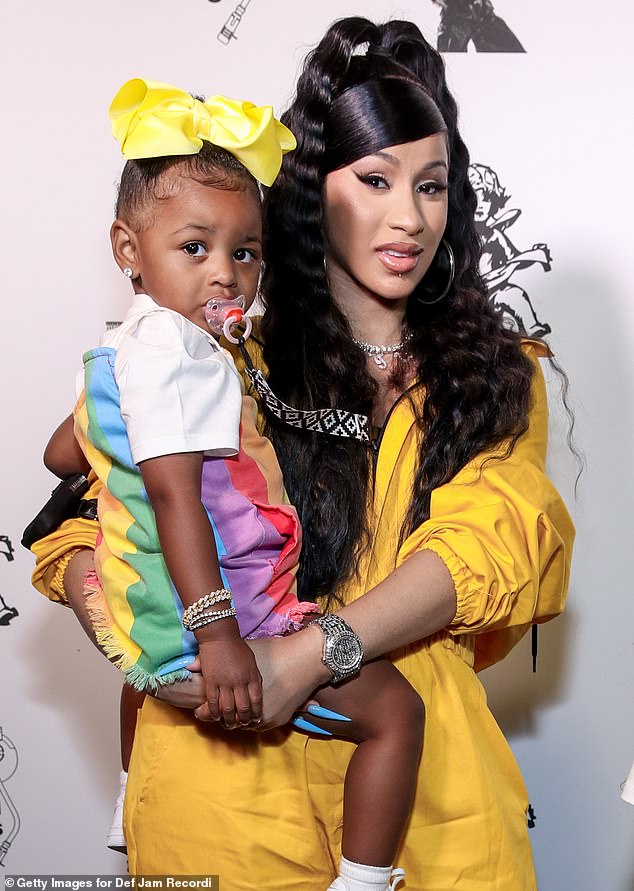 I know I look good, I know I’m rich, I know I’m talented,’ she during an interview with Cosmopolitan. ‘I know I could get any man I want — any basketball player, football player. But I want to work out my s— with my man, and I don’t got to explain why.

In April 2018, the Bodak Yellow songstress confirmed pregnancy rumors with the debut of her growing baby bump during the last set of her first appearance on Saturday Night Live.

Her most recent hit with Meg Thee Stallion reached the No. 1 spot on Billboard charts and has received more than 93 million streams online.

I’ll snatch you from Shatta Wale – Flexer to Efia Odo